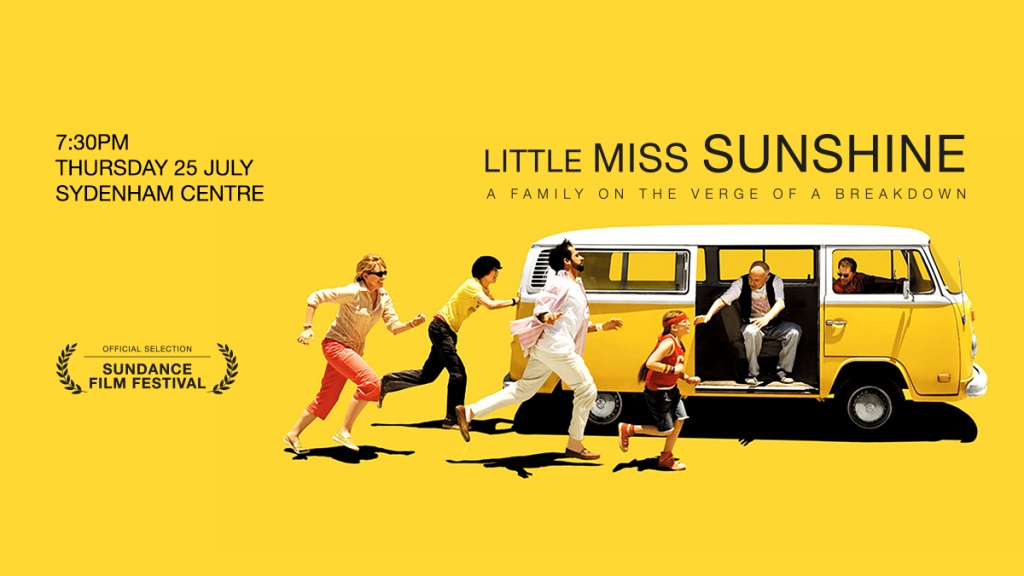 A magnificently quirky little girl determined to take part in a beauty pageant on her own terms. A gloriously dysfunctional extended family determined to make her dream come true, come what may. A heartwarmingly unruly road trip in an old Volkswagen van, from Albuquerque, New Mexico, to Redondo Beach, California, under a scorching, all-revealing sun. This July we claim our bit of – literal and metaphorical – Sunshine with a multi award winning comedy, driven to unmistakably human, laughing out loud perfection by a stellar cast: the always solid, yet still underappreciated or criminally typecasted Toni Collette (“Hereditary”), Greg Kinnear (“As Good As It Gets”) and Paul Dano (“12 Years A Slave”); Steve Carell arguably at his finest, making all of his character’s tragicomic pathos tangible even though he keeps it simmering just underneath the surface; the great Alan Arkin rooting in reality a grandpa outrageously unlike any other (that won him his first and only Oscar); and the natural, Oscar nominated (at only 10 back then) Little Miss Abigail Breslin. Because the world would be a better place if parents, no matter their shortcomings, were at least good in supporting, unconditionally and wholeheartedly, their children in the pursuit of their even seemingly impossible dreams. And because life sucks if you are ordinary.

★★★★ The first thing we see are the blue eyes of a little girl staring right at us so intently, it seems she could peer right into our souls… Just a few seconds into “Little Miss Sunshine” we know it’s a movie about dreams — and illusions… A gentle family satire and a classic American road movie, “Little Miss Sunshine” harks back to the anti-establishment, countercultural comedies of the 1970s such as “Smile” or “Harold and Maude” — satirical fairy tales that preached the virtues of nonconformity over the superficiality of conventional American values.
Roger Ebert, rogerebert.com

“… tucked in between all the hurt and the jokes, the character development and the across-the-board terrific performances is a surprisingly sharp look at contemporary America, one that sets the metaphor of the stage (and, by extension, competition) against the cherished myth of the open road…  There’s a melancholy here that clings to this family, which however triumphant and united, may well remain stuck in the national Hooversville located at the crossroads of hope and despair.”
Manohla Dargis, The New York Times

A quietly dysfunctional family road trip comedy that shoots down the all-American culture of the winner and offers sweet redemption for losers — or at least the ordinary folks often branded as such. It’s distinguished by a flawless cast, a gentle spirit of rebellion and a smart script by first-time screenwriter Michael Arndt that knows never to push its character quirks too hard. Its humanity and heart make it a natural to transcend the indie niche to a broader audience.
David Rooney, Variety