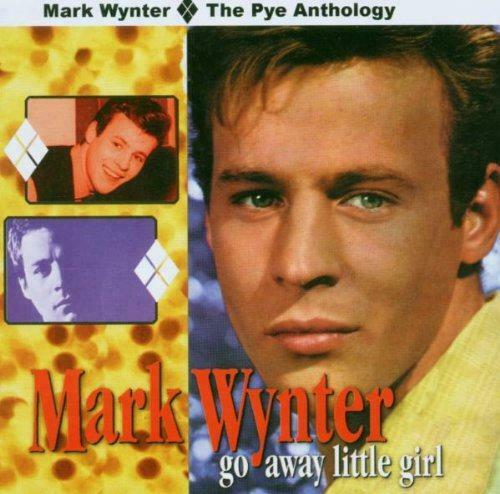 A major UK pop star of the early 1960s, whose big hits ‘Venus In Blue Jeans’ and ‘Go Away Little Girl’ had renewed success in recent years via the very popular ‘Dreamboats & Petticoats’stage show and compilation CD.

Mark turned to acting in the late 1960s and is a much respected actor in theatre, musicals, pantomime, film and TV. After a performance of ‘The Lady Vanishes’ at Fairfield Halls, Croydon,last year, I chatted to Mark, who is my family’s old neighbour about his Sydenham memories.

Mark was born Terry Lewis on 29 January 1943 in Woking.His family lived on the Flower House Estate in Downham in the mid-1950s. He attended the newly-built Forest Hill School from 1956–58 and upon leaving school, worked at the Sydenham branch of ‘Victor Value’ (a small, cut-price supermarket chain, long defunct) at 37 Sydenham Rd (H&T Pawnbrokers’ today).

In 1960 Mark and his family moved to 21 Homildon House on Sydenham Hill Estate as his mother needed a bigger flat for her growing family. “It was a really nice, quiet estate when we moved there – we liked it,” Mark told me. He already had relatives on the estate, including the local midwife, who delivered many Upper Sydenham babies in the late 50s/early 60s, including my brother, another Mark!

Later that year, Mark Wynter, who’d been singing in local clubs and dance halls, signed with Decca Records, enjoying some success with his early records, but he found stardom when he moved to the Pye label in 1962 with two Top Ten hits, ‘Venus In Blue Jeans’ and ‘Go Away Little Girl’. Now a star, not just in the UK, but overseas too – he was very popular in Australia and France – and was a pin-up for many a teenage girl. He continued to live on Sydenham Hill Estate, one of two local well-known celebrities in the early 60s, the other being Commonwealth Games gold medal-winning swimmer Linda Ludgrove, who lived in Eddisbury House.

Mark finally left Sydenham in 1964 but not before appearing alongside The Beatles in one of their earliest TV appearances in January 1963 on the pop show ‘Thank Your Lucky Stars’. He also starred with The Rolling Stones and Rock n’ Roll legend, Gene Vincent, on other editions of the show, and toured with another Rock n’ Roll great, Johnny Burnette, in 1962.

By the late 60s Mark was both an actor and a singer. In April 1968, en route to Australia, Mark survived the tragic BOAC Flight 712, which developed engine failure and caught fire shortly after takeoff at Heathrow, killing 5 people and injuring 35. After recovering, Mark became a regular guest on the TV game show ‘The Golden Shot’ and, in 1969, made his dramatic film debut in the wonderful, period-piece ‘Swinging London’, and the horror film ‘The Haunted House Of Horror’(1969).

The 1970s saw Mark appearing in pantomimes and shows with the likes of Frankie Howerd, Jon Pertwee, Arthur Askey and Dick Emery and he had a small role in the hit movie ‘Superman’ (1978). In the 80s his work ranged from Shakespeare’s Henry V to presenting the children’s TV series ‘Once Upon a Time’. Highlights of the 1990s and 2000s were roles in Andrew Lloyd Webber’s ‘Cats’ and ‘Phantom of the Opera’.

There have been many plays and shows since, but it is such a shame that theatres are closed in this special 60th anniversary year for him.

Married with three grown-up, musical children, Mark now lives in Sussex, but looks back on his time in Sydenham with affection.

With thanks to Mark Wynter – such a likeable,approachable and friendly chap!